Rep. Martha McSally’s constituents have been calling her office repeatedly, imploring her to speak out and condemn the horrific acts of domestic violence visited on Charlottesville, VA this weekend by Neo-Nazis and white supremacists.

Where is the woman who promised, over and over, she’d be “an independent voice” for Southern Arizonans?

Where is the woman who insisted she could provide leadership in Washington, D.C.?

Of the 30 members of the House Homeland Security Committee, only 4 have refused to condemn the despicable acts of terrorism visited on Charlottesville by Neo-Nazis and white supremacists. Three of the holdouts, unsurprisingly, come from safe red districts in the former Confederate South. Mike Rogers (AL), Clay Higgins (LA), John Rutherford (FL).

The last is Martha McSally.

Her timidity is inexplicable at a time when Americans across the nation are reacting with alarm to the surge of white supremacist attacks in recent months. The FBI and the Department of Homeland Security issued a report in May warning of the increasing threat. Brutal hate crimes have claimed the lives of victims in Oregon, Maryland, New York, Kansas, California, and now Virginia. Through it all, McSally has stayed silent.

More than a third of her constituents are ethnic minorities, and the SPLC has identified two hate groups inside her district. And of course, Charlottesville showed us that hate groups are more than willing to travel far from home to demonize and terrorize innocent people.

Who’s going to stand up and fight for us? How can McSally claim to be an effective leader in combating a threat she won’t even acknowledge?

It’s long past time for her to step up – or step down. 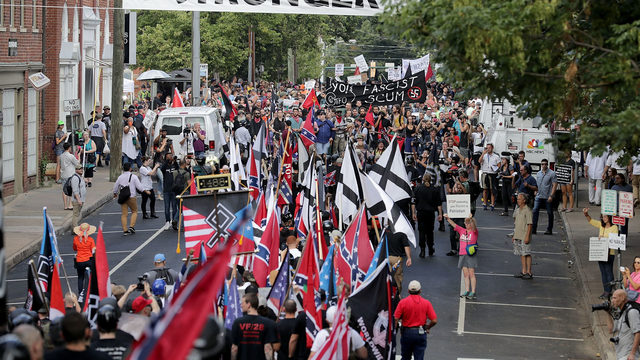