Martha McSally endorses the tax bill, but does she know what’s in it?

Martha McSally was a teenager attending an all-girls Catholic school when Ronald Reagan first took office. The politics of that time had such an impact on her that 30 years later, she described her own political mission as “continuing the tradition of true Reagan conservatism.”

So maybe it’s nostalgia for the Reagan era that explains her current enthusiasm for the Republican tax cut bill. Certainly the Trump administration is relying heavily on ‘80s-era talking points, with chief economic adviser Gary Cohn literally referring to its “trickle-down” effect, and Treasury Secretary Steven Mnuchin trotting out the old canard that a big tax cut will “pay for itself” and “reduce the deficit.”

There are a number of problems with this sales pitch. First off, we’ve had 30-plus years of experience to teach us that “trickle-down” economic theory doesn’t work. Tax cuts for the wealthy don’t accelerate growth; or create jobs; or raise wages; or spur investment; or pay for themselves.

It’s not clear whether McSally understands how wildly this bill veers away from “true Reagan conservatism.” At this point, based on her public statements, it’s not clear she knows what’s in the bill at all:

For more information on how the bill would impact Arizonans, click here.

To contact Rep. McSally with your thoughts on her vote: 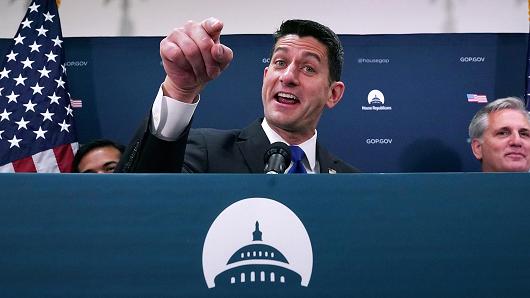