I have always looked up—at clouds, at birds, at airplanes. I climb to the tops of hills and hotels and relish the feeling of being high, embracing the world below. As a child, my most prized possession was a cheap, vinyl bag with the words Pan Am emblazoned on the side—a reminder of an adventure in the sky.

When I was 13, I saw a documentary about Amelia Earhart. While everyone else was enthralled with the mystery surrounding her disappearance, I was drawn to her freckles, and her quick smile, and her eyes that screamed, “Flying is the most amazing thing you could ever do.” That was the day I began my journey to the sky.

I was determined to become a pilot.

Along the way there were many obstacles—beginning with my parents. “Be a stewardess,” they advised. “That’s a proper career for a girl.” When I persisted in reading aviation books and “wasting” my money on airplane models, my mother became nasty. “Only rich kids fly airplanes.”

I worked hard at a fast food restaurant. I took every babysitting job I could, and I cleaned houses. I bought a red logbook and dreamed about my first lesson, but my parents refused to allow me to go to the airport. “No flying lessons” became their daily lecture. So instead, I built a cockpit out of paper and cardboard, and I pretended to fly my desk. I bought a shiny, silver flight computer that resembled a slide ruler with a fat middle, and I taught myself how to use it.

As a high school junior, I secured my principal’s permission to take private pilot ground school at the local community college. My parents refused to pay for the course and were angry that I’d registered. I paid for the course myself. I got a 92% on the FAA written exam without ever once having been close to a small airplane.

My senior year of high school I was accepted to the oldest aviation school in the country—Parks Air College of St. Louis University. My parents were furious, but I had a partial scholarship and just enough money for one semester. They dropped me off at the start of the school year and drove away.

Because I couldn’t afford the flying program, I entered the meteorology program. I was terrified. I had never had high school physics and had dropped out of chemistry. I struggled with math. This program required many courses in physics and chemistry, plus so much math that I would have a minor in it. My private pilot ground school instructor had told me how important meteorology was, and he told me I was smart.

I worked hard at school and eyed the kids in the flight program enviously. I had no money for food, let alone lessons. I rejected sexual advances tied to a promise of flying—if I would “put out.” A doctor who gave me my first flight medical took advantage of me, and I got used to being given hotel keys and phone numbers when I was hanging around the airport, trying to learn.

And then I met Jeff—just an average guy in one of my classes, sporting razor-short hair and a blue uniform. He was in Air Force ROTC. He had received a full scholarship, including free flying lessons. I had applied for the scholarship my senior year of high school, but did not get it. There were interviews, a written exam, a physical fitness test. I wondered why Jeff got it and not me. I had been the salutatorian of my high school class, and I had advanced to the state finals in track and field. My test scores were high.

Then…six weeks into the semester, I got a call from the ROTC office. I was being awarded the full scholarship!

The happiest day of my life was when I went to Scott AFB to get my uniform. The next day I stood in the colonel’s office in my pencil skirt and blouse, my long red hair pinned up, my hat perched on my head. I saluted.

“When do I start flying lessons, Sir?” I asked excitedly, barely able to stand still.

I explained that the scholarship included flying lessons. I mentioned Jeff.

“But you’re meteorology,” the colonel said.

“Yes, Sir, but I’ve spoken to my advisor and I’m switching programs right away.”

“Don’t bother,” he said, leaning back in his chair, putting his hands behind his head. “You aren’t eligible for flying lessons.”

I stammered that Jeff had flying lessons.

I started to negotiate. I didn’t care if I flew a fighter or a transport plane.

“If you can’t be in combat, we can’t give you flying lessons,” the colonel replied. “The Air Force needs meteorologists so you’ll get to be around pilots.” He shuffled some papers and without looking up said, “Dismissed.”

If I had been born 16 years later, I could have been Martha McSally—the representative from Arizona’s 2nd Congressional District, who was a fighter pilot. I could have flown an A-10, like she did. I could have had flying lessons.

Instead, I petitioned the Air Force, I wrote letters, I complained to Congress. It did not help me to become an Air Force pilot, but perhaps it helped Martha McSally. She had the chance to become what I had always dreamed of, in part because many women over the decades paved the way for better equality. In 1993, women were allowed to fly in combat in the Air Force, and in 1995, Martha flew an A-10 on a mission in Iraq. She would want you to know that. She touts it at every opportunity.

I am not envious of Martha. I’m glad she got the chance to pursue her dream. I’m glad that women aren’t confined to the kitchen, that we have the right to vote and do many other things that would have been unheard of 50 years ago. As a group, we have come far, and I’m proud of my sisters. Because of the great gift Martha has been given, she owes a debt to women to help them rise up. There is still pay inequality and job discrimination; there is sexual abuse; there is repression; there is harassment; there is domestic violence.

Yes, I am angry with McSally. She is a member of the US House of Representatives, and she could use her power to advance women. Instead, she knocks them down. She votes to take away healthcare, which would disproportionately harm women. She blocked consideration of the Paycheck Fairness Act. She voted repeatedly to cut funding for Planned Parenthood and opposes legal abortion. She was a co-sponsor of the Concealed Carry Reciprocity Act of 2017. She supports a misogynist president who has been caught on tape saying he likes to grab women. She refuses to hold town halls, hides from her constituents, and won’t say how she is voting. There are rumors of dark money. Some question her honesty, her integrity, her ethics. Standing up for women? I think not.

Martha McSally may have become an Air Force pilot, but she is nothing like me. 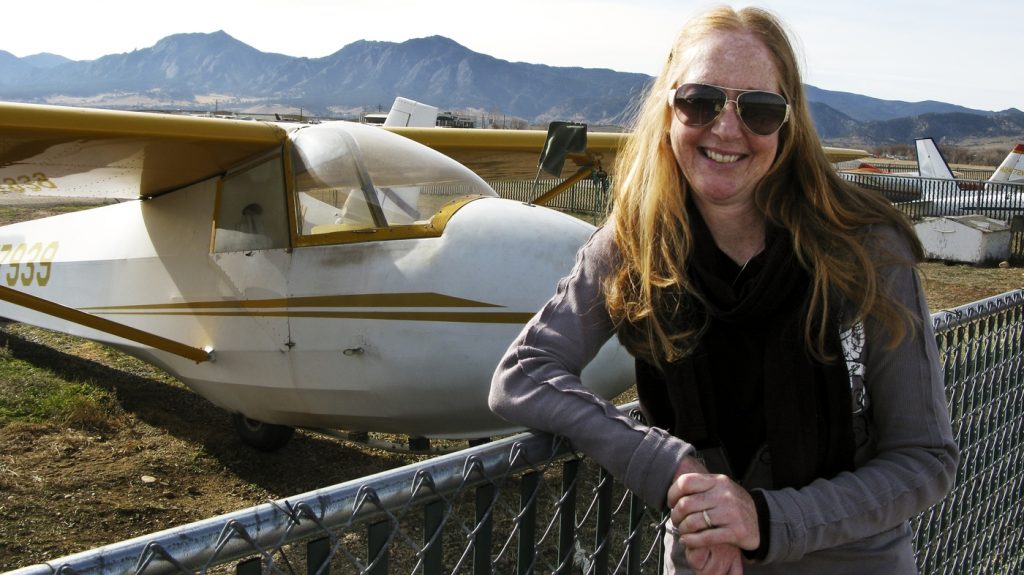