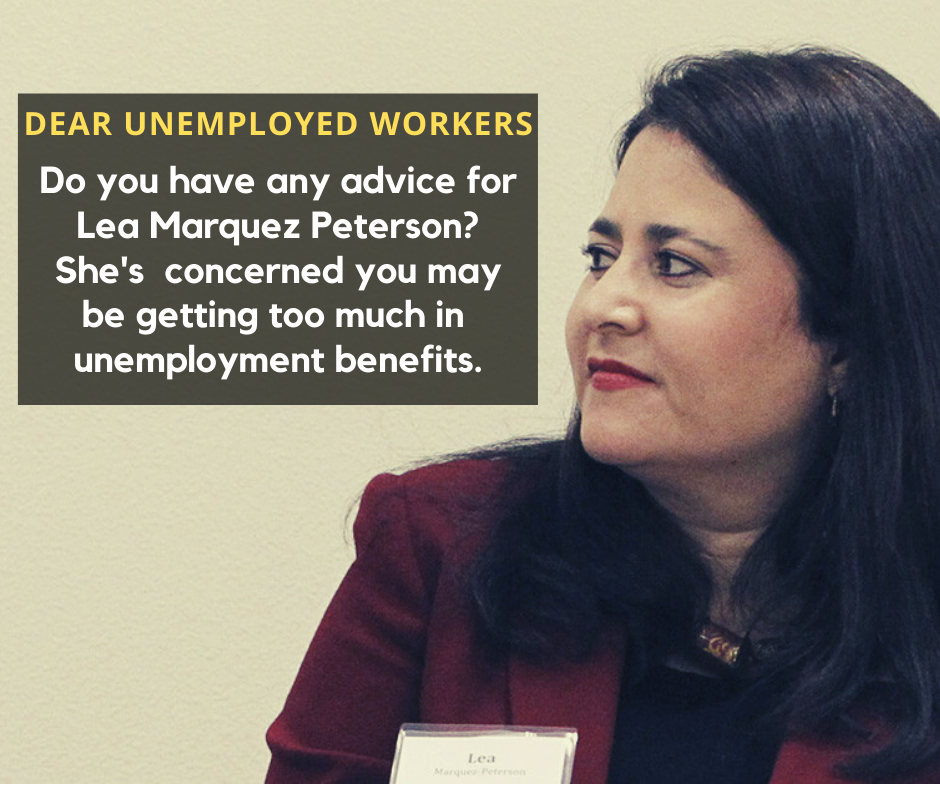 by Bryna Koch Tucson Republican Raking In Almost $3,000/Week ‘Concerned’ About Temporary Extra $600/Week Going to Unemployed Arizonans Former Republican candidate for the house seat in Congressional District 2 and appointed Commissioner for the Arizona Corporation Commission, Lea Marquez Peterson, seems to hold the same disdain for working families as other prominent politicians.  During a …

The news hit that a majority of the funds meant for small businesses went to many publicly traded companies worth hundreds of millions (see table 1. below) and included some larger chains restaurants and hotels, who were allowed to apply as locations and subsidiaries. The GOP including our own Senator, Martha McSally, blamed banks but the loophole was the result of provisions included in the package after some heavy lobbying by the restaurant and hotel industries.